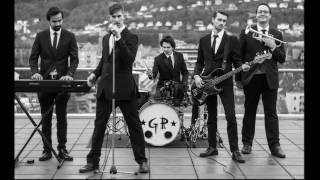 Exclusive video update from the set!

Punch-In-The-Face Records just posted a 7min video on youtube with updates from the set of Geo Pardalos - When The Sky Is Grey! It features footage behind-the-video material, rehearsal footage + an exclusive interview! The single, which is Geo's debut single with his solo project, is estimated to be out on Spotify and iTunes in January 2017. The video is directed by Tor Ivar Dale. More info/updates will be posted here at www.geopardalos.com WATCH THE EXCLUSIVE BEHIND-THE-VIDE
1 view0 comments

On The Set of: When The Sky Is Grey; The video for Geo Pardalos' upcoming single is in the works. Soundwise, it's a very melodic and jazzy track. Definitely unlike all previous Punch-In-The-Face productions. The video (directed by Tor Ivar Dale) is estimated to be out before x-mas. It features: Piano : Kris Mega Trumpet: Bjørn Egil Hop Bass: Steffen André Rasmussen Drums: Martin Skadal Back-up singer1: Camilla Sætersdal Back-up singer2: Margaret Jakobsen The video features a
0 views0 comments
bottom of page