MC Shy invites YOU to be part of his new music video!

Want to party with us in the Neon Shutters video? Well, here's your chance to have an amazing time in the club and also be part of a fun and colorful music video! Namibian R&B singer MC Shy and Punch-In-The-Face records are currently recording the official music video for the song: Neon Shutters (Available on Spotify and iTunes) ! Featured on the song are rapper, Edlyz (MC Shy's son), and the drummer/producer Geo Pardalos. It's going to be a colorful scene to be shot at Wa
0 views0 comments 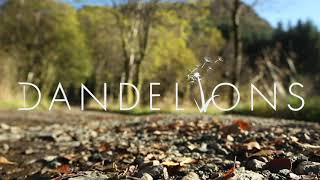 The teaser is here! My new video for Dandelions is coming soon! Official premiere: Sep 27th I'll be performing at Barbarista, Bergen that evening and we'll watch it together for the first time. So now it's about time your guys got a sneak peak! Check out that beautiful Norwegian nature, Kris Mega on keys, me playing the guitar in forest.. Enjoy! Footage by Aga Visuals. #dandelions #musicvideo #krismega #norway #nature #forest
0 views0 comments

My New Music Video is Coming! These pictures say it all...

I'm stoked to announce that the music video for Dandelions, (by my solo project) will be out in september! Hey beautiful people! ...yes I know... It's about time! I'm really excited for everyone to see it. It features my pianist, Kris Mega on the keys and takes place mostly in a forest in Norway. (more info on the bottom) Here are some brand new screen shots: Shot by Aga Visuals. As some of you may know, this is a song that I've been working on since 2007. It literally t
0 views0 comments

THE NEW MUSIC VIDEO IS HERE!

Yesterday, I had an amazing show with my band where we had a sneak preview of my new video on screen. I'd like to thank everybody for the beautiful words! Today, I'm super stoked to announce that my new music video is available today exclusively on the Norwegian page for new music known as: "musikknyheter.no" click here to check it out first! (article in Norwegian) The video will be published on Youtube & Vimeo tomorrow! Can't wait for everyone to see it! Here are some shots
0 views0 comments

MUSIC VIDEO: When The Sky Is Grey! FEB 22nd!

The video for When The Sky Is Grey is right around the corner! We're have a show at Madam Felle in Bergen on the night of the video's release. The show starts at 9PM and the entrance is free! This is in fact the debut show for the full line up. The video is directed by Tor Ivar Dale, and will be available here on geopardalos.com as well as YouTube & Vimeo. Look for the video on FEB 22nd! Click here to watch the behind-the-video material! A week ago, the Norwegian website for
0 views0 comments

Geo Pardalos will be doing a video shoot for his debut single entitled: "When The Sky Is Grey" (Estimated release: Nov 2016) There will be a performance/party scene and it will be shot at Nordahl Grieg VGS (Bergen, Norway) around mid-october 2016. (Specific date time will be posted here soon!) Boys and girls (age: 15+) can participate weather or not they are students at Nordahl Grieg. No skills or costumes are needed, you may come as yourself and simply have fun! CLICK HER
0 views0 comments